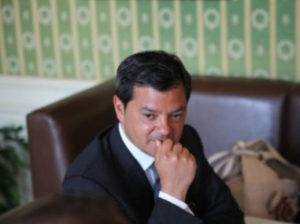 …”Experienced, seasoned and innovative executive who is a management consultant by guild. Covers several board charity positions, in addition to being the Ambassador At Large of the Order of St. John, Knights of Malta, the Grand Prior of The Benelux the special Advisor to HRH Prince Thorbjorn of Paterno’ Castello, Prince Grand Master of the Order, and member of the Governance Board of The Order”…

His Excellency is the Managing Director and group board member of UMS Group, a US based consultancy boutique for the energy industry. www.UMSgroup.com ) Prior to this, he was a strategy advisor to ILF, as well as an interim Vice President until January 2018, based in Munich. From November 2010 until February 2016, Ennio was the Chief Executive Officer of a private equity group, focused on mid and downstream acquisitions, and held various MD positions on their behalf. In addition, the Marqui s holds various non exec board and advisory positions with NGO’s and charities in Europe. From June 2008 until January 2012 he served as as the Executive Managing Partner leading Accenture’s Resources practice in the East Mediterranean, based in Rome with offices in Athens and Istanbul.

Prior to Accenture, he was an Executive Director with Shell Global Solutions, focusing on the third party and JV business of Shell globally, but specifically the Med and Turkey, in addition to being Chairman of Shell Services and board member of Shell Italy, where he has worked for ten years, including three years as external Strategy consultant. 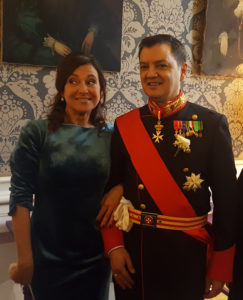 Furthermore, the Marquis has held positions with two big five Consulting companies for more then 14 years and has 37 years of international experience of which 26 years specifically in the Energy industry, with focus on Strategy, Procurement, M&A, and Performance Improvement in the areas of Asset management, Reliability and Efficiency in the manufacturing and distribution domain. He has successfully led and participated, among others, in a variety of change implementations and efficiency programs in the Oil and Gas industry.

The Marquis studied law and Business Management in Amsterdam and London and holds a Master degree in International Law. In September 2013 Ennio was awarded a DBA after having completed a three year executive program with the Universities of California and San Jose’ ( UNEM). He has completed several professional and certifying courses with US and European Universities and is a certified and qualified negotiator. He is a fellow of the Energy Institute, of which he was al so the Chairman for Europe, a Fellow of the International Institute of Management Consultants and a former committee member of the Oil Council in addition to be chartered jurist and commercial law arbiter (RJ) He is furthermore a participati ve member of the Alumni association of the University of Amsterdam and international NGO’s in the areas of inter religious dialogue, Humanitarian aid and Environmental preservation. He has received decorations and honors from various international organizations, among which from Royal houses and supranational organizations .

This website uses cookies to improve your experience while you navigate through the website. Out of these, the cookies that are categorized as necessary are stored on your browser as they are essential for the working of basic functionalities of the website. We also use third-party cookies that help us analyze and understand how you use this website. These cookies will be stored in your browser only with your consent. You also have the option to opt-out of these cookies. But opting out of some of these cookies may affect your browsing experience.
Necessary Sempre abilitato
Necessary cookies are absolutely essential for the website to function properly. This category only includes cookies that ensures basic functionalities and security features of the website. These cookies do not store any personal information.
Non-necessary
Any cookies that may not be particularly necessary for the website to function and is used specifically to collect user personal data via analytics, ads, other embedded contents are termed as non-necessary cookies. It is mandatory to procure user consent prior to running these cookies on your website.
ACCETTA E SALVA